The Volkswagen Beetle (Käfer in German) prototype came into being as a consequence of an announcement in 1933 by Adolf Hitler, the leader of Nazi, Germany of a competition to design the “People’s Car”, which should be affordable for ordinary German citizens of whom only 1 in 50 owned a car.

It is alleged that Adolf Hitler subsequently instructed Ferdinand Porsche in 1934 to develop “A car where they can stay two soldiers with a machine gun, or two parents and one child.”. However, the idea that Ferdinand Porsche was the inventor of the Volkswagen Beetle is open to challenge on a number of bases.

Firstly, there is the design influence on Porsche of Josef Ganz, who had been working on a “People’s Car” concept since 1929, and who had produced the Maikäfer (or “May Beetle”) prototype and was instrumental in the design of the Mercedes-Benz 170H with its air-cooled, rear-mounted engine…..now what does the Mercedes 170H remind you of? Interestingly, Ferdinand Porsche was Chief Engineer at Mercedes during the development of the Mercedes-Benz 170H.

The Czechoslovak Tatra V570, designed by Hans Ledwincka and Paul Jaray (he who designed the Audi/Auto Union “Ugly Duckling” car) appeared in 1933, 2 years before the 1st prototype Volkswagen Beetle, or “Type 1” as it was known. It apparently influenced both Hitler and Porsche. Again, it has a strong resemblance to the Mercedes Benz 170H and included an air-cooled rear-mounted engine. Tatra actually sued Volkswagen for design infringement only to withdraw the lawsuit quickly when Germany invaded Czechoslovakia in 1939. Tatra sued again in 1961 and Volkswagen had to pay a massive amount of money as a consequence.

Josef Ganz was Jewish, which was a big problem for him in 1930s Nazi Germany. In 1933 he was arrested by the Gestapo on trumped up charges of blackmailing the car industry. He was subsequently released, but left Germany for Switzerland in the month that Ferdinand Porsche was awarded the People’s Car contract. Josef Ganz continued developing cars thereafter. However, his influence, and that of Ledwinka and Jaray were not acknowledged.

Josef Ganz wasn’t the only person with a Jewish background involved in the design of a “People’s Car” in Nazi Germany.

Friedrich Eugen Maier had established “Leichtbau Maier” in Berlin and had been sponsored by a Munich company to design the People’s Car. His 1933 design was based on a monocoque construction, with an air-cooled, rear-mounted DKW engine, a single headlight that turned with the car’s steering and an adjustable driver’s seat. Maier submitted patent applications for the monocoque body and adjustable driver’s seat inventions amongst many others.

Maier’s patent applications were rejected or “lost” and his design for the People’s Car was not acknowledged. Maier’s apparent Jewish roots and the fact that he wasn’t a Nazi party member didn’t favour him. During the 1939-45 War in Europe he was forced to repair battle damaged Wehrmacht vehicles. His workshop was bombed and his machinery damaged, as was his prototype car.

After the war the Munich company that sponsored him to design the People’s Car sued him for the sponsorship money and he was unable to establish patents for the monocoque car body and adjustable driver’s seat designs.

Maier died penniless, alone and bitter in 1976. He had become estranged and his body lay undiscovered for 3 months. The entire contents of his apartment, including his papers, had to be destroyed. But his car survived to be restored as one of the key design influences on what became the Volkswagen Beetle.

It’s hard to know who had most influence on the design of the Volkswagen Beetle and its prototypes. Was it Ferdinand Porsche? Or was he just in the right place at the right time and better placed to develop the design ideas of Hans Ledwinka & Paul Jaray with the Tatra V570, Josef Ganz with the Mercedes-Benz 170H and other design ideas? or was it Friedrich Eugen Maier? 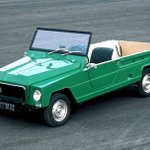 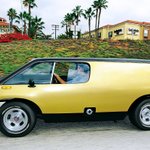 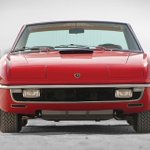 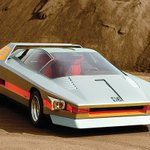