Should we convert a classic car or vehicle to electric or not?

ERS Insurance commissioned YouGov to conduct a UK survey on this question. Only 19% of respondents agreed it was OK and 43% disagreed (we assume the other 38% were “don’t knows”). So if this survey is anything to go by, most of you reading this will consider the very idea of an electric classic to be a form of iconoclasm akin to ripping the original features out of a period house and leaving it with a soulless interior, devoid of its history.

OK, so we’re not being hugely scientific with our research here but the anecdotal feel we get when we go out and about to car shows and the like is that there is a large majority opposed to the idea of electrifying the powertrain of classic cars.

Like many other things, we don’t think there’s a binary “yes or no” answer to this question. Others will disagree; some will say that saving the planet is more important than anything else, and soon fossil fuel-driven transport will be banned or become prohibitively expensive anyway. At the other end of the spectrum there’s a constituency that says that any modification of any sort to a classic car should be punishable by life imprisonment, as a bare minimum.

In a way there’s a big irony to the whole Electric Vehicle debate. The first production electric car was invented by Englishman Thomas Parker in 1884. Parker was also responsible for electrifying the London Underground and other British public transport networks. He invented “Coalite”, a smokeless low-temperature coke (coal derivative). He was concerned about air pollution in London. How times sometimes don’t change……….that was towards the end of the 19th century.

By the 2nd decade of the 20th century there were still more electric vehicles than combustion engine powered vehicles, but that changed rapidly as fuel became cheaply available and the design and cost of combustion-engined cars improved markedly.

Part of the aura of a classic car (and many other cars) is the sound, behaviour, construction and power of its engine. The engine, it is said, is what gives a classic car its personality. There is truth in that.

What do we think? No one can give an answer that will make everyone happy, or even one that won’t at least make some people angry, but here we go…….

We wouldn’t really support the idea of putting an electric motor in a Ferrari F12. On the other hand Rimac of Croatia is developing an electric supercar, the Rimac Concept 2, that can allegedly go from 0-60mph in 1.85 seconds, and we think others should develop that idea as the norm.

How about an electric Citroën DS? As Fifth Gear’s Jonny Smith (@CarPervert on Twitter) said during a debate on the matter in February this year: “I would buy a Citroen DS and convert it to EV tomorrow because it would float along like a flying saucer and it would suit that car”. We agree, and it’s not as if the Citroën DS is an especially rare car either. We’d like to think there’ll always be Citroën DS and other classics that have petrol engines. We’re less convinced about diesels though 😉

Another committed EV enthusiast is ex-Wheeler Dealer Edd China (@TheEddChina on Twitter) who’s on record as saying that the environmental benefits of electric motors is “almost secondary to the fact it’s the performance and the fun that we get to keep having.” Edd has invented a number of electric vehicle “firsts”, including the fastest electric ice-cream van (see below). As he says in his new book Grease Junkie: A Book of Moving Parts “In 1900, 38% of the cars sold in America were electric, 40% were steam-powered and only 22% had what they called ‘exploding engines’…..”. We could well be heading back to a majority position for electric motoring, within which classic vehicles will play their part.

We think it’s important to ensure that classic cars are able to outlive the routine availability of the fuels upon which the combustion engine depends. There will always be entirely original classics; there must be. But we can’t assume there’ll always be the fuel they need, at least not in the way it’s available now.

We’re currently busy sourcing classic 1950s and 1960s Fiat chassis for electric conversions. The 500s and 600Ds make brilliant little city cars. Some people are thinking ahead and acting with their heads as well as their hearts when they seriously consider an electric classic purchase or conversion.

Change is always difficult. It helps when you can influence or manage change, even if you’d rather it didn’t happen. Ferrari and others are doing exciting things with both hybrid and electric cars. Microlino is the electric reincarnation of the BMW Isetta microcar. Love it or loathe it or anything in between, we need to take it seriously.

We guess that the winds of change are upon us when Harry and Meghan, the newly-married Duke and Duchess of Sussex, headed off in an electric E-Type Jaguar in front of several gazillion TV viewers. 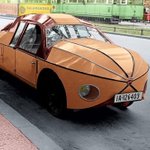 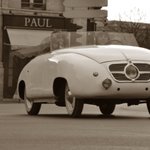 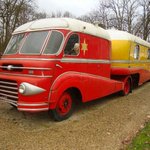 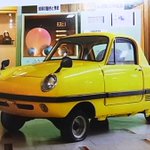 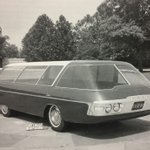