Have a look on our Cars page to see more about the Toyota Will Vi and other quirky cars we have for sale.

1938 #Dan LaLee #convertible #Streamline #Car What became of this #artdeco #automobile? Believed to have been developed in #Michigan 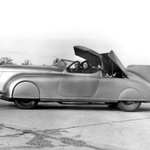 1968 #Citroën #DS21 Présidentielle #GénéralDeGaulle by #Chapron As cool as you like & excuse us for asking but has the exhaust partly detached?

Is it a #boat? Is it a #bus? It's a 1959 #Mercedes OP 312 bus named the "#Huwelijksboot". ("Wedding Boat") Not #amphibious! Taken around 1980 by @johnjarosz presumably somewhere in #Holland/#Nederland 🇳🇱 Anyone know where? #quirky 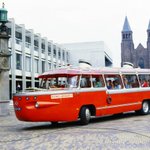